Indian Gay Sex Story: Hey friends! It’s Vikrant and I’m back to share the awesome events that transpired between me and my dear doctor last night. In my last story, I had told you about Dr Saluja and how he felt me up real good during my regular checkup. He then asked me to come again last night to continue with the “checkup”…

I recommend reading the previous part if you haven’t already. Please go through it over here!

Now let’s get back to this story… I was nervous as hell. Was it really what I was thinking it was? Did Dr Saluja really invite me tonight for sex? Or was I just imagining things? Was he just checking my penis and balls for any issues yesterday…?

I was just confused. But then I remembered the expression on his face. It was lust. I just knew it. The day just went by agonisingly waiting for the night. By 8 pm I had had my third shower and was all groomed up and ready for the meeting. I must have changed my clothes at least 5 times by then already.

By 8:45 pm I impatiently left my home. I told my mum that I had dinner plans later with friends and might be late. Anxiously, I arrived at his clinic. It was a collective complex of various doctors. Everyone else had shut their clinics. Dr Saluja’s clinic was still open.

I peeked in and the receptionist wasn’t present. He must have noticed the door opening and called me inside from his cabin. Shyly, I went in. He greeted me with a smile and asked me to take a seat. He himself got up and went out to turn the lights outside his clinic off. He locked the main door and then came back into the cabin.

I was feeling way too nervous now. I looked up at him… “Since you are here, I guess we know that you want it too. Let’s not waste any more time then huh?” he said smiling at me and sort of jumped at me. He held my face tightly in his palms and kissed my lips. The moment his soft lips touched mine I just felt calm and melted down!

I put my hand on his shoulder and slowly got up from the chair, all the while keeping up the kiss. He quickly undid my jeans and in one swift motion, dropped them to the floor. He grabbed my briefs too and pulled them to the floor as well. He again looked with admiration at my now free, hard dick!

He looked up at me while sucking me off. His eyes were filled with lust. I could see how much he liked it. I could feel it even better how he liked it! I couldn’t even hold back my moans… He grabbed the bottle of that Sonogram gel from his table and dipped his middle finger in…

I guess I don’t need to tell you where that middle finger went then… I groaned in that strange sensation of having my ass fingered by this man while being sucked by him! It was painful but arousing and pleasurable at the same time. Like that pain of squeezing on your nails that had recently been cut too close to the skin…

I was revelling it so much that I didn’t notice when he had also taken his hard dick out and was jerking it off. It was roughly 7 inches hard and thicker than mine. I was looking at his dick now and he slowly slid a second finger into my hole.

I gasped at the sudden pain but he just took my dick deep throat and began gagging on it. He was making loud grunting noises like a pig! I was too close… His fingers began pressing hard and fast on something deep inside my ass and his throat was just vibrating on my dick like crazy!

I felt a tremor rise up my thighs and had the wildest orgasm of my life. I moaned and grunted at the top of my voice and came deep inside his throat. He didn’t let it go and kept sucking it even harder. Within seconds his face too contorted and he shot loads all over the wall behind me!

Slowly, he slid his fingers out of my ass. I gasped again as they left my body. It felt like a strange emptiness now! I was exhausted now. Dr Saluja was covered in sweat and his face had turned red. He too was gasping for breath. I stood against the wall for a good while…

He pulled his pants up and stood up wiping his face with a tissue. I straightened up with whatever strength I had left in my body and dressed up as well. He looked guilty and wasn’t making eye contact with me. I took it as a signal and just left his office. It was weird…

I went to a nearby bar and had my dinner and some beer. I wasn’t feeling so good about all this now. I was about to leave when my phone ringed. It was a message from Dr Saluja that read:

I’m sorry about the awkwardness after… I have always had strong feelings for you and what we did was better than anything I had ever imagined or done. I’m sorry I didn’t handle it better. I don’t regret it and I hope you don’t either. I really look forward too seeing you again soon!

I felt elated and smiled shyly like a bride… It was good now. I have already jerked off twice by now remembering the last night! I can’t wait to meet him next. I’ll write further as and when something more happens… Right now, I have to go and jerk off again! ? 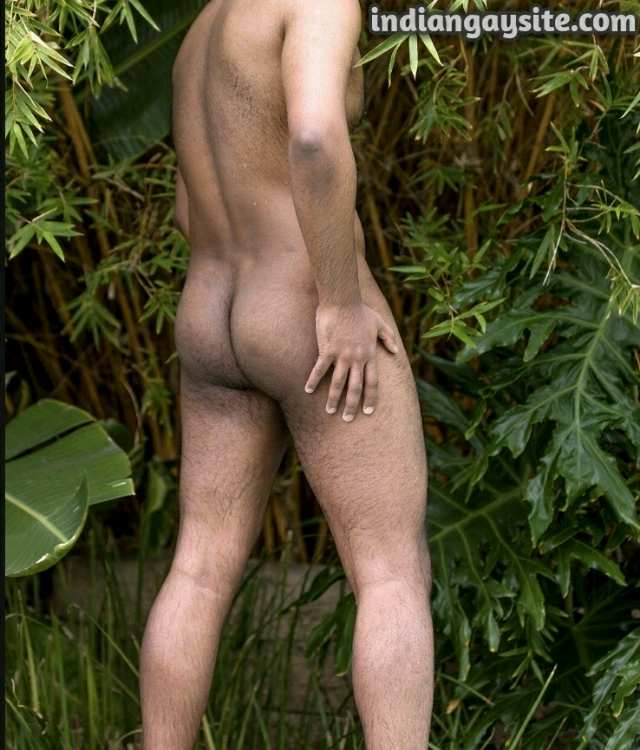 The first gay sex experience of a virgin boy with his middle-aged college professor told in his own words in this hot and exciting indian gay sex story.

Indian Gay sex story — Me My wife and neighbor boy – 2

Indian Gay sex story - The guys I met always wanted to fuck the hell out of my mouth and even some of them wanted a piece of my ass. I used to say no . 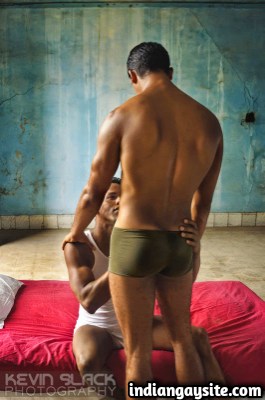 Gay Indian sex story - The Lost bet Rahul lay on his side, his hands tied behind his back, his ankles bound together, and a black pillow case over his head