Homo fuck story: I kept licking his tool with the tip of my tongue.

“Mu mai le na. Fucking suck it, don’t just lick it like an ice cream, idiot” he got aggressive but instead of making me angry or upset it turned me on.

“Yes, sir” I replied and took his cock inside my mouth. “Now that’s like a good boy––ahhh” he said.

I could feel his dick pulsating inside my mouth. I took it deep inside the throat. Once or twice it even made me gag.

“Gag like a bitch” he forced my head on his dick and made me gag again.

“Do it again, bitch” he again forcibly pushed my head into his dick, forcing it all the way inside my throat.

I increased the speed of sucking which made him breath and moan heavily. His moans and breath were making me go crazy. I moved to his balls and grabbed them with my hands.

I placed a kiss on them and it was then when he grabbed me by my hair and made me look in his deep, beautiful and charming colored eyes.

“Tattay kaun chaatay ga, bsdk” he spat on my face. I quickly started licking his balls one by one.

“Aaah. Mu main lo” he said in a shivering voice. I could imagine his level of enjoyment. As he ordered, I took his sack inside my mouth and started sucking it. He was satisfied by me tea- bagging him and in a few minutes ordered me to stop.

Bitch wasn’t satisfied yet but his master ordered him to stop. So I stopped and waited for the next order.

“Jao diwaar ke saath tek laga kar kharay hojao” he pointed towards the wall. I silently got up but he forcibly made me sit again.

“You know what you have to say” he said in an aggressive tone, looking at me with anger.
“Jao deewar ke saath tek laga kar nangay kharay hojao” he repeated his own words in a louder voice.

“Yes, Master” I replied and went towards the wall. I got naked and stood straight. I was waiting for his next move but was unaware of what he was up to.

“Close your eyes babe” he ordered.

So I closed my eyes and waited for him to come and continue making love.

After a few moments, I felt a piece of cloth folding around eyes. He blindfolded me and with my t shirt he tied both of my hands.

“Baazu upar karo, the moment they come down, I’ll torture you like hell” he said lifting my arms up furiously.

“Mmm, Good boy. I always fantasized about making you my bitch. And finally today my dream came true”. I felt extremely proud and turned on knowing that a hot guy fantasized about. It made me so hard.

After lifting my arms up, he started sniffing my body. My eyes were closed and I could imagine him do all of that. Then with the tip of his tongue he licked my nipples, teasing them. A moment later he bit them really hard.

“Ouchhh” I screamed as it was painful.

“Tumhay dard me dekh ker tau mujhay maza ayega” he replied in his deep macho voice and continued biting my nipples. He’d move his tongue in circular directions on them, giving me ticklish sensations.

Slowly, he moves to the belly and kissed it. He licked the sides of my stomach and made my body shiver with excitement.

“But its ticklish”, I said and controlled my body

“Shhhhhh”, he continued licking the sides of my belly.

It was getting harder and harder to control my body. I started moaning restlessly. He put his fingers inside my mouth to lick.

I was sucking on his fingers and he was making my body shake by licking the sensitive areas of my body. My dick was fully erect. With one hand he started giving it slow strokes. In between he’d grab my balls or tickle them.

He then got up and asked me to open my mouth. I did. He licked the inside of my mouth with the help of his tongue and spat inside. I had no idea why he did what he did. I was unaware of this kink.

“Nigal isay loray” he choked my neck and spat inside my mouth once again.

I couldn’t breathe or say anything so with the blindfold on my eyes I nodded my head and swallowed his saliva down the throat.

The next order for the bitch was to turn around and reveal the tight, sexy, virgin hole to the master. I turned around with my hands still tied and lifted up.

“Aaaaa-ah” I’d moan whenever his manly hands spanked my sensitive skinned ass. Both the ass cheeks turned dark red due to his constant spanking.

He, with the help of his hands stretched my cheeks to reveal the beautiful hole. “Mast tight choot hai yaar. Chodne me maza ayega” He was too excited.

He moved his nose near my hole and sniffed it deeply. Then with the tip of tongue he touched it to tease me. He placed a wet kiss and then started eating my ass. He shoved his tongue inside my hole as deep as it could go. Inside the hole, he moved it in different directions giving me tingling sensations.

I started moaning loudly and heavily.
“Aaaaaaaaaahhhhhh––aaaaahhhhhhh–ahhhhh” I couldn’t control my body movements. It was all going out of hands. I was having an out of the world experience. The more I moaned, the more deeply and wildly he ate my ass. He was going wild and crazy.

With one hand he grabbed and squeezed my balls, giving me even more pain.

“Ouchhh. Aaahhh. Uhh” I groaned while he continued eating my ass wildly. And when he got done he spat on the hole and forced his finger deep inside it. Slowly finger fucking me.
“Aaah. Fuck me. I want your cock” I said.

“Chup kar, whore” He increased the speed of finger fucking and in a few seconds shoved another finger inside.

“Ufff. Torment me master. Destroy my hole master” I said. “You have no idea what you’re asking for, Ali” he laughed in a mocking way.
Slowly he shoved three fingers and fucked my hole for a few minutes.

In few moments I felt some sticky substance inside my hole. It was lube. He put it inside my hole and then something touched the entrance on my hole. Something big, hard, something ready to fuck me.

With a jerk, he violently thrust something inside my hole. It was about 8 inches long, thick and solid.

“Ahhhhhh–Fuckkk” I groaned with pain. I felt as if my hole got fully destroyed. It was painful as fuck and I felt burning sensations from the inside.

“You asked for it bhenchod” He spanked my ass cheeks.

“Aaaahhh–Its so painful, Aizaz. Mat karo” I cried. I had no idea what he just shoved inside my hole.

“Aahhh–Ahhhh–Ahhh–Fuckkk–Stop this Aizaz—Ahh” It was making me go crazy. My body was shaking violently. It was so intense, ticklish. Giving me uncontrollable pleasure and pain both. Mujhe tarapta dekh usay aur maza anay laga.

“Aray aray zor say?” He asked laughing at me and increased the speed of it. It started vibrating even more violently. 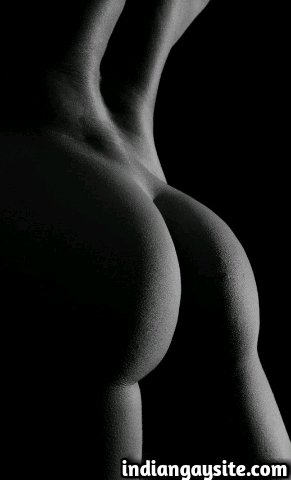 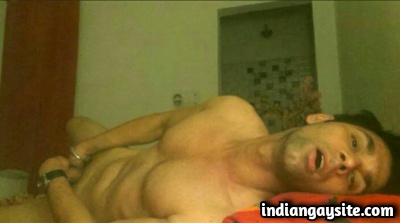 Gay sex story of hot experiences of a lifetime: 4 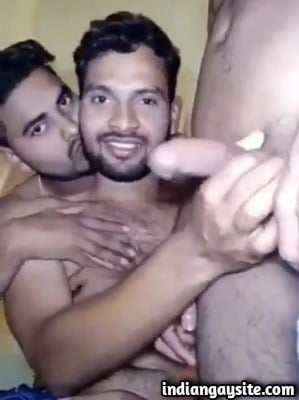 A gay sex confession by a straight desi guy