Later after a couple of days I asked him if he downloaded any videos from the net with the tips I gave him, he was happy and immediately handed over his Pen drive and asked me to see. When I checked out tehre were as many as hundreds of small video clips and all of them were GAY sex pictures and videos. Our society is not so open and so I thought it is better I don’t talk too much to him about all these images, although I kept some of the images on my computer, that he knew.

In the afternoon after the office hours when he was going out he met me at the scooter shed and while chatting he enquired if I also liked GAY sex. I said yes. Then we became good friends. He would download GAY sex stuff at home and bring to office for both of us to see and enjoy.

One day while the office was off, we both were in the office by special request from our Head, and when we both were working, jokingly I asked, “Prabhu are you only watching GAY sex or are you seriously into it?” He smiled back and said, “Come on sir, you know I am having a Girl Friend.” Then I said, “So you are straight?” He looked at me and said, “Of course”. I paused for a moment and then smiled back. He was puzzled, and asked “What?” I said “I am not convinced.” He laughed out louder and we got in to our work.

In the after noon, our Boss left the office and we too thought of going back home and then Prabhu suggested we stayed back and enjoyed some pictures on net. We were browsing through thousands of pictures and then I asked what was it that Prabhu likes most in GAY sex and he said he likes the Sucking of Dick pictures. While he was busy watching the pictures I asked have you ever sucked a dick and unknowingly he said YES. And then he looked at me, in shyness.

I said It is ok. I am not going to tell it to anyone, but I would like to know how it feels when someone sucks on your dick. He paused and said, “But this is an Office.” I said so what there is no one. And then I loosened my pants and pushed the pant to a bit down exposing my DICK. and put his hand on the dick. While I was watching the Pictures on net, he was slowly pumping the dick. Then he lowered his head and started off by putting a small kiss on the tip of my dick and then slowly he grabbed the whole length of the dick in his mouth.

His answer made my dick hard as a rod. And his sucking made me mad. In some ten minutes he was sucking me like never before. I was resting on his bed while he was kneeling in front of me, giving my dick the pleasure of a life time. After ten minutes, I said now let me do the honour and show me your ass, he happily moved back and I looked at his ass, which was clean and probably he had been fucking around a while.

I asked for some jelly and he gave me a bottle of body lotion which I applied on my dick as well as on the mouth of the hole of his ass, and then I pushed my dick and it went in smoothly inside. I kept silent for some time and then slowly fucked him in the ass, and as my speed was getting more and more, his aahs and oohs were also becoming more loud and sound. I grabbed his dick which was like mine, and gave him a good jerking which aroused him further.

He was kneeling in front of me while I was fucking his ass like dogs, and then I asked him to come above me and I slept on the bed and he sat on top of my dick and started jumping on me. It was painful for my dick and yet I was enjoying a lot.

His speed was becoming faster and I was having much pain. Then I pulled him to the edge of the cot and mking him sleep on the cot I pushed my dick into his ass and started fucking him while standing. This not only was giving me some relaxation, but also was allowing me space for fucking his ass harder. 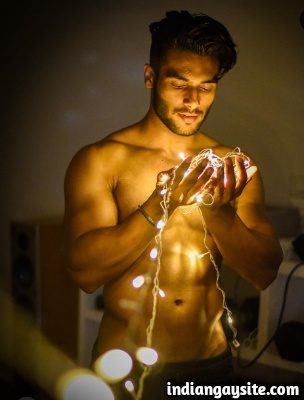 He was around 20, tall and fair, and with an innocent, boyish face. His body was a bit hairy and well-built and I took every chance I had to ogle at him. 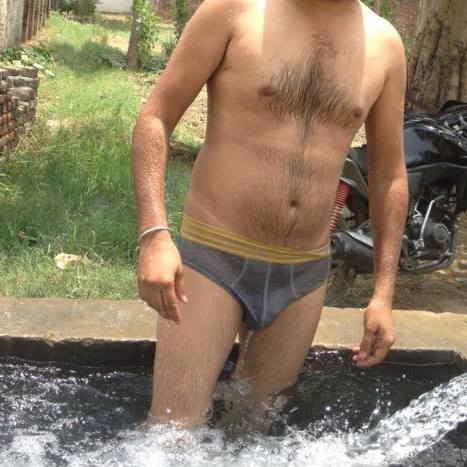